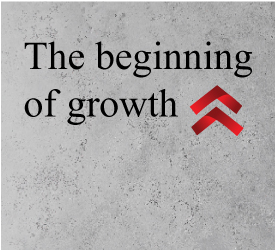 The Architect of Our Success

The first decade of the new millennium saw a major growth trajectory for the Bank. In these 10 years, Shri Ekanath Thakur, visionary banker, led the Bank from the front to achieve sustained growth.  Shri Ekanath Thakur was associated with Saraswat Bank since 1990 in various capacities as Director, Advisor to the Board and Chairman.

From 2001 onwards, the Bank saw unprecedented and exponential growth. From 2001 to 2011, the Bank grew its Balance Sheet size by nearly six times, surpassing Total Business of Rs. 27,300 crore in 2011 as against Rs. 4623 crore in 2001, with the annual net profit of the Bank growing by more than eight times over that decade (from Rs. 23.42 crore in 2001 to Rs. 212.37 crore in 2011). This remarkable growth was achieved through a systematic business plan, backed fully by sustained efforts by staff at all levels of the Bank.

In 2006, the Bank under the prescient guidance of Shri Ekanath Thakur, decided to pursue a line of inorganic growth through carefully chosen acquisition of various stressed co-operative banks as RBI had stopped issuing fresh licences for opening of branches to co-operative banks. Shri Thakur astutely understood that this would impact the Bank’s growth prospects severely. As a seasoned banker and leading light of the co-operative movement, he understood the problems of the sector intuitively. Hence, focusing on the Bank’s growth as well as to safeguard the interests of the depositors of financially weak co-operative banks who were hit hard, Saraswat Bank acquired seven stressed co-operative banks by investing funds from its own reserves. Demonstrating its firm commitment towards the co-operative sector and helping over 7,70,000 hapless depositors of these weak institutions, Saraswat Bank swiftly turned around these fallen banks within one year of their merger and all these entities went on to earn profits. After takeover by Saraswat Bank, the business of all these seven merged entities put together went up from Rs.1900 crore to Rs.9200 crore in the initial five years following the merger. The Bank thus charted a successful journey of inorganic growth.

Owing to the sudden spurt in business volume due to these merged banks, Shri Ekanath Thakur deemed it fit to undertake a major restructuring exercise to handle these businesses effectively and efficiently and for better control.  This resulted in the formation of four Strategic Business Units viz. Wholesale Banking, Retail Banking, Treasury and Gandhakosh. Gandhakosh referred to the Strategic Business Unit for Merged Banks. All the SBUs would be headed by a top official of the level of CGM, designated as CEOs of their respective SBUs. That was Thakur Saheb’s vision of a Bank within a Bank, the key philosophy being to gain competitive advantage by segmenting the activities of the Bank in a strategic manner and thus allocating the resources competitively. On the same lines, an initiative called Business Process Reengineering was also undertaken to centralize business processes to leverage technology and reduce turn-around time for delivering products and services to our customers at reduced costs. Under this, the Bank opened Retail Assets and Small Enterprises Centres, Clearing Processing Clusters and SME focused branches, Centralized Deposit Service Centre, Document Archival Centre and Centralised Processing Cell for Forex operations.

In the mid-2000s, under Shri Ekanath Thakur’s watch, the Bank undertook a massive Brand Enhancement exercise. A need was perceived for rebranding the nearly 100-year image of the Bank, to reinforce the image of the Bank as a mix of the traditional and the modern, possessing the ability of the big with the agility of the small. The first step in this direction was change of logo of the Bank. The new symbol took off from the earlier one, representing two caring hands in the shape of a hexagon. It attempted to appeal to the younger and new customers without alienating the existing ones, and was very well-received and transformed the image and perception of the Bank. It resulted in enhanced levels of confidence, pride, harmony, ambition and resolve amongst our officials, employees and stakeholders.

It had been a long-held dream of members and directors of the Bank that the Bank should have a state of the art Corporate building of its own, in keeping with its legacy and stature as the largest Co-operative Bank in the country. Shri Ekanath Thakur strived hard towards making that dream a reality. He was instrumental in the creation of the present edifice, the inspiring Corporate Office of the Bank at Prabhadevi, Mumbai.

Shri Ekanath Thakur rode like a colossus through the Bank. The Bank’s pace and rate of growth picked up under his watch and was sustained by the 5-yearly  Business Missions set up by him. He always encouraged staff suggestions and implemented them, wherever merited. He was instrumental in organizing the Bank’s pathbreaking 1st Human Resources Conference in 2006 where 2000 employees from Managing Director to Office Assistant participated to share the Bank’s Vision, Mission and Business Plans. This was an industry-first and then many other banks followed suit. He also started the practice of regular Branch Managers’ Conferences, which helped shape and transform many a timid personality into go-getting achievers. Thus, he was an ideator, innovator and trendsetter…a mentor, guide and motivator who was open, accessible and approachable. Barely was one business milestone achieved, he was planning and preparing for the next one! He personally knew most of the staff by their first names. He fostered a culture of inclusion and drove everyone to perform with his infectious enthusiasm. He was much loved, admired and respected. He expanded the Bank’s Corporate Social Responsibility (CSR) activities and elevated them into constructive philanthropy towards meaningful initiatives. He commanded tremendous respect in social and political circles also. He was the only Chairman of the Bank who was also a former Member of Parliament - Rajya Sabha.